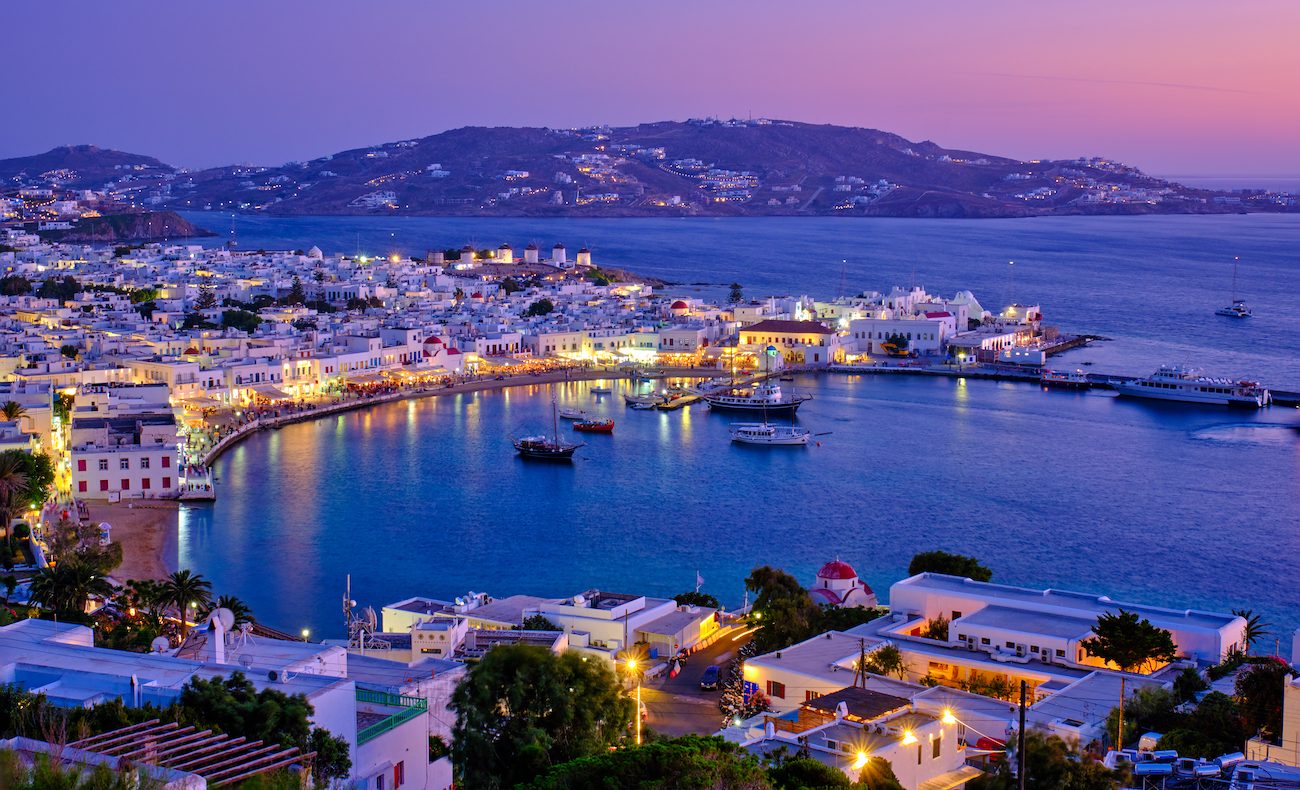 Mykonos is one of the top destinations, globally. Is the place to see and be seen! From the ’50s onwards, its fame exploded internationally as Onassis, Callas, Jackie, Marlon Brando to name but a few, made Myconos, their playground.

Myconos is an extreme combination. On one hand, a club scene hot spot, a fashion hub, a culinary trend setter, and on the other, secluded beaches to ease your mind. The island cracked the code of how to balance intensity and cosmopolitan spirit with tranquillity and local tradition.

The whitewashed houses with blue windows and wooden balconies, with the colourful flowers, the narrow cobbled paths, the countless churches, the museums, the windmills and the colourful fishing boats create a majestic scenery

Mykonos is located between Tinos and Naxos and has an airport that connects it with Athens, Thessaloniki and other major cities in Greece and in Europe. A walk in the island’s capital, Chora, will convince you that you are in the right place. A 18th-century district, Alejandra, Little Venice, as the locals calls it, will impress you with the magnificent architecture of the houses built hanging over the sea. It is also worth visiting the Archaeological Museum, the Folklore Museum and the famous Naval Museum.

For adventure seekers, the possibilities are endless. Myconos is full of activities such as hiking, swimming, fishing, sailing, surfing, diving and water sports. Finally, do not forget to visit the neighbouring island Delos. It’s an archaeological site and considered a sacred island to ancient Greek’s, as according to mythology, Apollo and Artemis were born there.